As Low As 4% Down - Financing Available Newark Bail Bonds

Mark Matheny of All Ohio Bail Bonds is minutes from the Newark, Ohio courthouse and jails! Mark is well known in the Columbus metropolitan area, he owns 2 Martial Arts Schools in Newark and rated one of the best MMA officials in the United States. He also trains many local police officers in self defense. Read more About Mark...

We have agents and offices in all the surrounding counties. We have over 100 years combined experience in doing Newark bail bonds in Ohio.  All Ohio Bail Bonds provides exemplary customer service and conveys best business practices to our clients. Our marketing approach is focused on educating the public about their constitutional right to bail. If you have a loved one in custody and you need to get them out of jail quickly please call now. Our bail agents are available 24/7.

Stressful is the typical word that comes to mind when you or your loved one ends up in jail, and not knowing how Portsmouth bail bonds work can add on an extra element of frustration. Because some of our clients don’t have the means to pay 10% of their Licking County bail bonds in full, we offer flexible payment options to provide you with the opportunity to enlist our services the day they’re needed. If you can’t contribute the entire amount of your bail fee upfront (10%), you have the option of making a down payment today and funding the rest later. 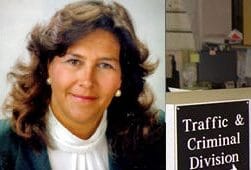 The clerk's office is the major processing center through which virtually all court and case documents flow.  The clerk issues, records, and files these documents in accordance with the Ohio Revised Code statutes, and local rules of the court.  It is essential to the efficient and effective operation of the court system that these documents always be processed accurately, and on a timely basis.

The Licking County Municipal Court has jurisdiction over misdemeanor criminal and traffic matters as well as certain stages of felony offenses.  The level of offenses is defined by statue in Ohio.  The court conducts all stages of a misdemeanor criminal or traffic proceedings including jury trial and sentencing if there is a conviction.

According to our research of Ohio and other state lists there were 168 registered sex offenders living in Newark, Ohio as of February 24, 2017. The ratio of number of residents in Newark to the number of sex offenders is 284 to 1.

The crime rate in Newark is considerably higher than the national average across all communities in America from the largest to the smallest, although at 35 crimes per one thousand residents, it is not among the communities with the very highest crime rate. The chance of becoming a victim of either violent or property crime in Newark is 1 in 29. Based on FBI crime data, Newark is not one of the safest communities in America. Relative to Ohio, Newark has a crime rate that is higher than 90% of the state's cities and towns of all sizes.

Now let us turn to take a look at how Newark does for violent crimes specifically, and then how it does for property crimes. This is important because the overall crime rate can be further illuminated by understanding if violent crime or property crimes (or both) are the major contributors to the general rate of crime in Newark.

From our analysis, we discovered that violent crime in Newark occurs at a rate higher than in most communities of all population sizes in America. The chance that a person will become a victim of a violent crime in Newark; such as armed robbery, aggravated assault, rape or murder; is 1 in 310. This equates to a rate of 3 per one thousand inhabitants.